Mark Ferguson, a native of St. Petersburg, and graduate of Florida State University, was a teacher in the Pinellas County Schools. In 1992, he had an idea-to open a sports bar in a rundown area of downtown St. Pete, known as the "Gas Plant District." With the help of family and friends, Mark purchased the Sunoco gas station that became the first Ferg’s building. 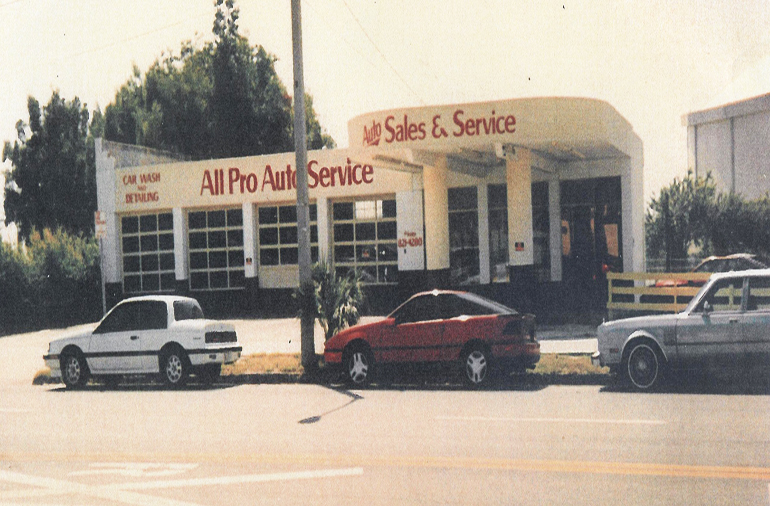 Baseball has provided some of the largest crowds in Ferg's History. It's nothing to see 17,000 people here for Opening Day and over 30,000 for the World Series.

Ferg's is built with wood from local schools. See if you recognize the basketball court floors and bleacher walls. Other parts of Ferg's are built with repurposed materials from All Children’s Hospital and the Derby Lane Dog Track.

Over the years, Ferg's has grown into what has become one of the most unique restaurant, bar and event venues anywhere. Eleven separate areas can host parties and events. Ferg's Backyard can host 3,000 for concerts, pep rallies, ESPN's St Petersburg Bowl tailgates, fundraising activities, and more. Private rooms can host birthday parties and class reunions. The huge patio has established itself as the gathering place to watch football and basketball games, and is THE headquarters for Rays fans before 81 home games.

Ferg's Sports Bar was named Best Hangout in Tampa Bay and CNN named Ferg's as one of the Top 101 Sports Bars in the country. We think with your visit here, that you’ll understand why.